Founded in 1741, it is britains first and oldest subscription library and was the first to embrace the lifelong learning idea of ‘Mutual Improvement’.

Leadhills Miners’ Library, which has also been known since it was founded in 1741 as Leadhills Reading Society and the Allan Ramsay Library, is Britain’s oldest subscription library and more importantly the world’s first library for working people. Subscription libraries were like clubs or societies and until the late 19th century were the most common form of library activity in Scotland and Leadhills was the model for many others.

It was also the first library in Britain to practice an early form of lifelong learning called ‘Mutual Improvement’ which just means that you learn more and understand more if you learn as part of a group and learn from each other, rather than as a solitary individual. The idea subsequently spread all over Scotland. So why did such a remarkable institution appear at such an early date in such a remote location?

Some of the credit must go to the mine manager, James Stirling of Garden who came to Leadhills as mine manager in 1734 and remained there until his death in 1770. Stirling was not just a mining engineer, he was also a social engineer and he set out to transform the miners’ lives. The village had a school and most of the miners could read. The miners only worked a six hour day due to the danger of lead poisoning and had a good deal of leisure. Books were too expensive for miners to buy as a book cost about the equivalent of two weeks wages for a miner. It was also believed at the time that people who used libraries were more useful citizens than those who did not because of their reading.

It was founded with 23 members on 23rd November 1741, a number which had grown to over 100 by 1820. It had most members during the Napoleonic Wars and during the First World War because lead was a strategic material. It continued in use and unchanged in administration until the 1930s when the closure of the mines led to decline. It finally ceased to function in 1966. At its greatest extent it had over 4000 books of which 2,500 survive today. Most of the members were ordinary miners but the most famous member was William Symington, the pioneer of steam navigation. 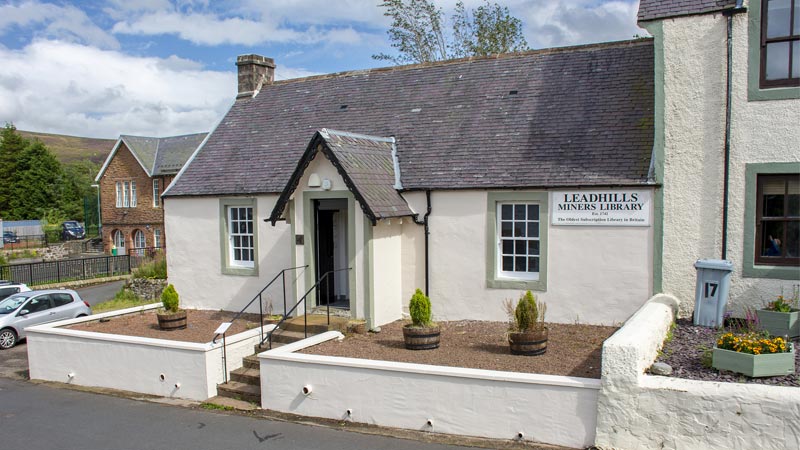 We hold a 46 volume collection of mining journals and bargain books, recording contracts between the mine managers and miners from 1737-1854. It is the largest collection of its kind in Scotland and one of the largest in Britain. 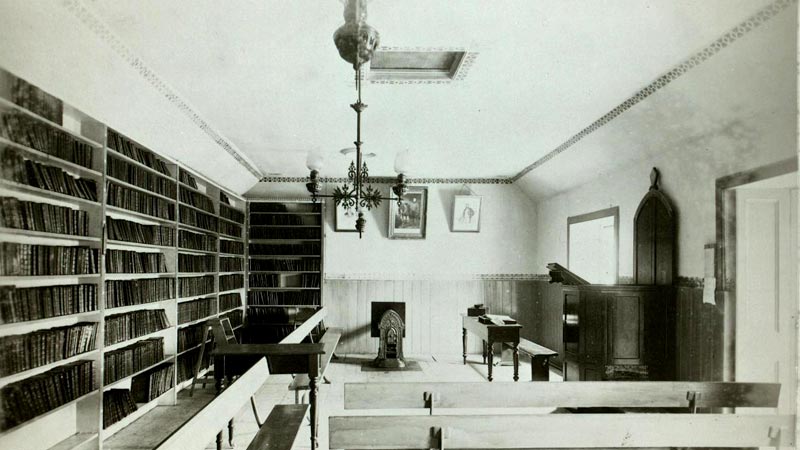 On display we have a collection of archives and photographs as well as a display of rare minerals extracted from the local mines.

We also have an important collection of library artefacts including Britain’s oldest library banner, early membership certificates and a unique library pulpit.