The History of Mining at Leadhills

No one knows the origins of mining in the area, and who were the first people to do it. It has always been thought that the Romans were probably the first to mine here with camps in both Clydesdale and Nithsdale but no physical traces have been found of their mining.

In 2003/4 there was an archaeological dig at Carghidown, an Iron Age promontory fort, near Wigtown in South West Scotland at which three lead beads were found. These beads have been radiocarbon dated to between 360BC and 60AD which is pre-Roman. Tests were also undertaken against control samples from known sources and the most likely source of the lead is Leadhills.

There are several Iron Age sites around Leadhills, so we know the area was inhabited in this period.

The first record of mining is in 1239 when the monks of Newbattle Abbey obtained a charter to work a mine on ‘Crawford Muir’.

In 1542 gold from Crawford Muir was used to make new crowns for the Scottish King and Queen.

These are the crown jewels on view in Edinburgh Castle. 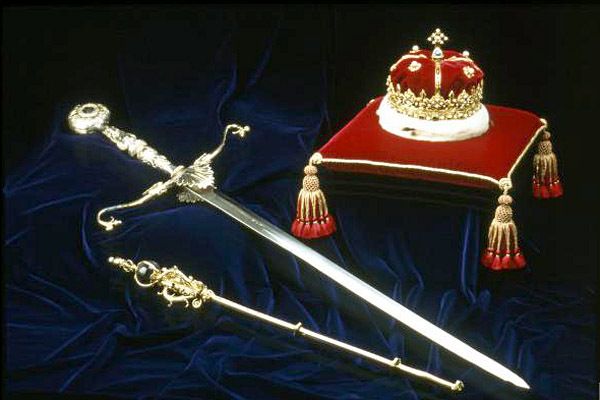 In the late 16th century Thomas Foulis, a goldsmith and banker from Edinburgh, secured the mines and took on Bevis Bulmer in 1592 as a partner. Bulmer is best known for his search for gold and he had extensive workings on the Glengonnar and Shortcleuch waters. He is said to have built a great house out of the proceeds. This was thought to be around Lettershaws farm on the Glengonnar. Although no positive trace of it has been found there are signs of extensive cultivation on the hillside now covered in heather.

Thomas Foulis died in 1611 and by 1615 a relative, Robert Foulis, controlled all the lead mines. On his death in 1637 they passed to Anna Foulis.

Anna was involved in litigation over her ownership of the mines at which she was represented by the Edinburgh lawyer James Hope. Not only did he win the case but also Anna! They married in 1638 and in 1641 the Hopes got the lands and the mines secured to them by a Royal Charter.

The area was still called Crawford Muir but the Hopes changed it to Hopetoun.

The Hopes and Leadhills

James Hope was very ‘hands on’ and personally ran the mines. The mines continued to flourish and by 1649 they were said to have a great number of workmen and their wives and families living here.

In 1699 the Hopes commissioned a large country house on an estate they had acquired near South Queensferry and decided to call it Hopetoun House. The village was then renamed Leadhills to avoid confusion.

The mines on the Susanna Vein, north of the present village were very productive at this time and it is said the new house was paid for by the profits of this one vein alone.

Charles Hope, grandson of James was elevated to the peerage in 1703 and took the title Earl of Hopetoun. From then on he took less personal interest in the running of the mines and left this to his agents or managers. 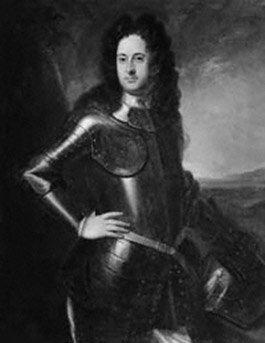 Operations declined in the mines and the Earl let out the mines on leases. The basic rent was one bar of lead for every six produced.

The mines were probably at their height at this time due to the improvements he made to the working and home conditions of the miners.

When he arrived he found a work force in a very bad state. Realising he was not going to get the best from them in this condition he: 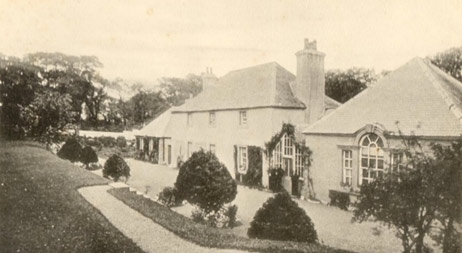 The Miners’ Library was started in 1741. Stirling’s name is not on the list of founders but it could not have been started without some encouragement from him.

In 1834 a James Hunter took a small mine on the Snar Water side of the hill and he later joined with other mine owners to form the Leadhills Mining Company.

By this time the agent for the Scots Mining Company was a young man called William Geddes Borron who had a very aggressive nature.

To thwart the Leadhills Mining Company he obtained an interdict denying the use of water via leats from the Shortcleugh burn thus beginning a dispute that was to drag through the courts for twenty years. (Leats were open channels dug around the hillside to bring water to wherever it was needed. There were and still are many miles of them on the hills around Leadhills.)

In 1849 Borron took the drastic step of blocking the Poutshiel Level with a barricade. This was not only the main drainage level in these parts of the mine but also an escape route in an emergency. This was described as ‘contrary to every mining practice’.

Hearings took place in the Sheriff Court and the Court of Justice, and went against the Scots Mining Company, so it took its case to the House of Lords. Two appeals were heard in June 1859 and both were rejected. 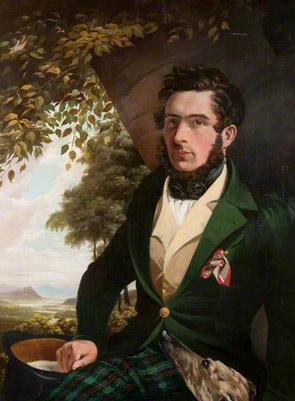 The village and the mines had become completely run down over the 20 year dispute and many families had left the village.

The Leadhills Mining Company now had all the mines and under the direction of its engineer John Nevin it invested £208,000 which was a huge sum in those days (over £25 million today).

Part went into a reservoir on the Shortcleuch which held 60million gallons of water and was the largest on any mine in Britain and kept a better supply of water all year round for the mines.

The old open leats which were subject to blocking with snow and slush in winter were replaced with new ones in clay pipes over seven miles long. These ran around the village as far as the Susanna mine where they ended in a small header dam and then onto the pumping engines.

The smelt was improved to provide a silver refinery which recovered 3oz of silver from every ton of lead ore.

A 300-foot flue was built to a chimney up the hillside at the smelt which took the fumes away better but also allowed the collection of flue lead from the condensed fumes in the flue.

A dressing and washing plant was built near to the present golf course, and new workshop facilities were built in Horner’s Place.

The miners had not been forgotten and the company offered loans to improve the run down houses. Thatch roofs were replaced with slate and raised allowing lofts to be floored giving an extra room.

The miners did not own any title deed to their houses. They had been allowed to build them but the estate still owned the land they were built on. The right to title deed was not available in Leadhills until the mid-20th century.

The investment was good but not sustained and in 1867 an English syndicate paid £60,000 for the mining rights. It floated the Leadhills Silver, Lead Mining and Smelting Company.

This was headed by a financier Peter Watson and as well as working the Brown Vein at Wilson’s shaft he set the miners to look for a gold bearing quartz vein, the first large scale gold mining for nearly 300 years.

No gold was found and water still continued to hamper operations. Money was not put into better pumps and the administration lacked any spirit of enterprise.

Attempts to raise further capital failed and along with a miners strike the company chose to go into liquidation in 1903. 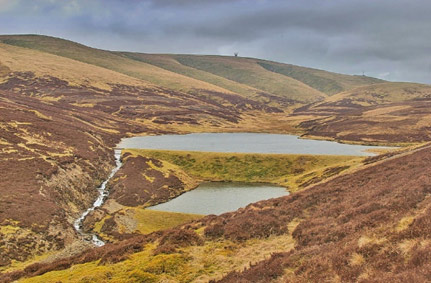 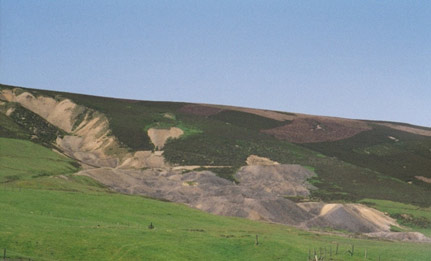 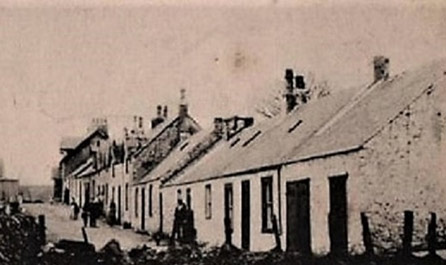 Miners Cottages on Back Row. 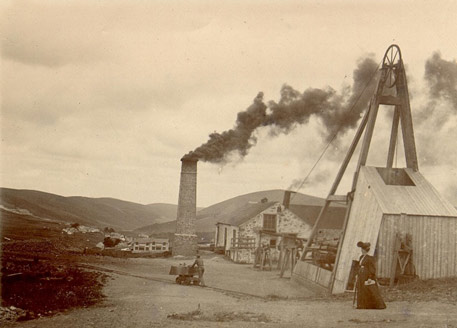 In its place came the Leadhills Company. It had a capital of £20,000 in £1 shares. Acting on advice of W.H. Borlaise, a mining engineer from Cumbria, the Glengonnar shaft was sunk 230 fathoms or 1440 feet to work the lower Brow vein.

At the mine head steam engines wound the cages and generated electric power at 500volts AC to drive the pumps and machinery in the mine.

The smelter down the valley was closed and all ore was now taken out of the village by the railway which had arrived in the village in 1901 to be smelted elsewhere.

The output per man rose and the company paid a dividend. The miners did not benefit from this increase in profits and there followed a period of labour disputes, strikes and lockouts. By 1920 all the main work was at the Glengonnar Shaft. The ore was taken by tramway to the Wilson Shaft and then to the dressing floor.

In 1925 the Borlaise, or as it was commonly known, the Wembley Mine was sunk in an attempt to find ore in veins worked long before and all efforts were concentrated there.

In 1929 consultants reported, ‘So far payable ore has not been found’ and the company – unable to find itself a buyer – was wound up. 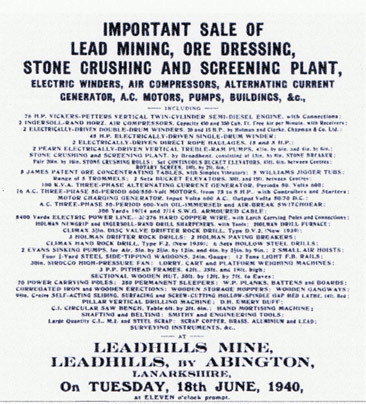 In 1931 a new company, The New Leadhills Mining Company was formed to mine ore and sell ‘road chips’.

The type of rock at Leadhills, greywacke, is not a good road stone and the venture was not very profitable.

In 1938 the Wembley Mine was finally closed and the company was wound up and on Tuesday 18th June 1940 the machinery was sold off.