Leadhills - The Town that Lead Built

Leadhills owes its existence to the occurrence of lead which has been exploited since early medieval times.

Leadhills owes its existence to the occurrence of lead which has been exploited since early medieval times.

Leadhills, together with Wanlockhead, is the most important lead-zinc deposit in Scotland having produced an estimated half a million tons of lead concentrates.

During the 16th century the district was the location of Scotland’s only large scale commercial gold mining operation.

Although lead mining at Leadhills ceased in 1929 after more than 300 years of continuous exploitation, the district still attracts the interest of mineral collectors.

The rare mineral species leadhillite, lanarkite, caledonite and susannite, were first discovered at Leadhills. Known as ‘Type Localities’ these minerals, as well as the many others that can be found in the area, have established the worldwide reputation of the Leadhills mines.

To this day, beautiful examples of many minerals can be found in and around the old mine dumps that are a feature of the area. 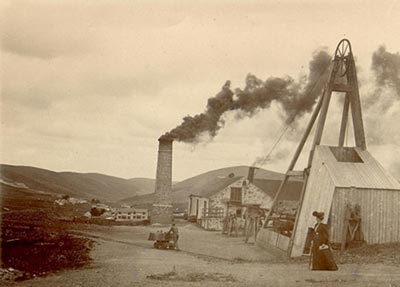 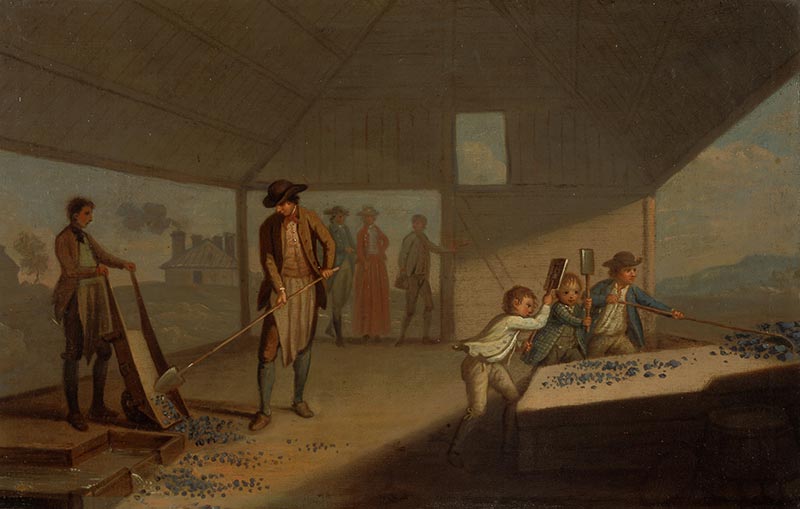 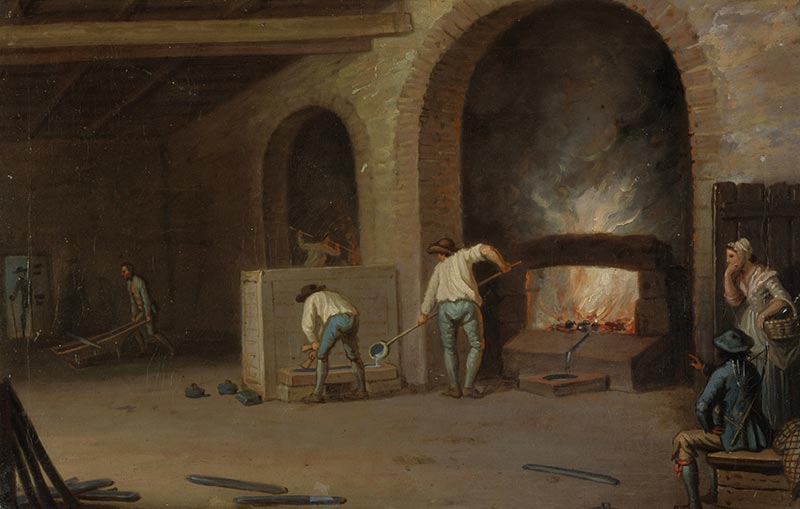 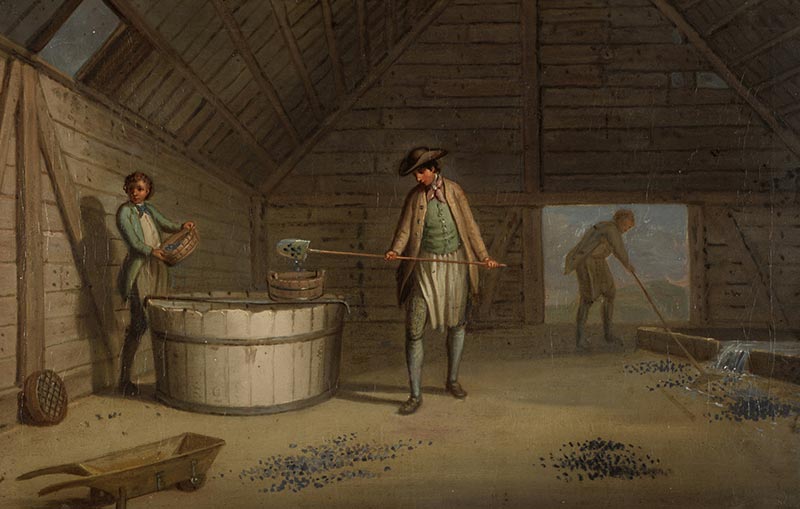 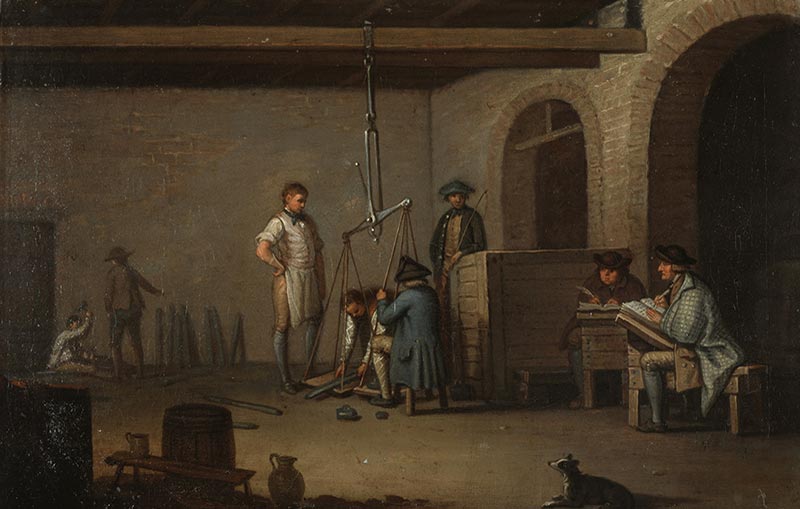 A series of 4 paintings by David Allan, depicting the stages of processing lead ore at Leadhills. c. 1786.
Reproduced by kind permission of The National Galleries of Scotland. 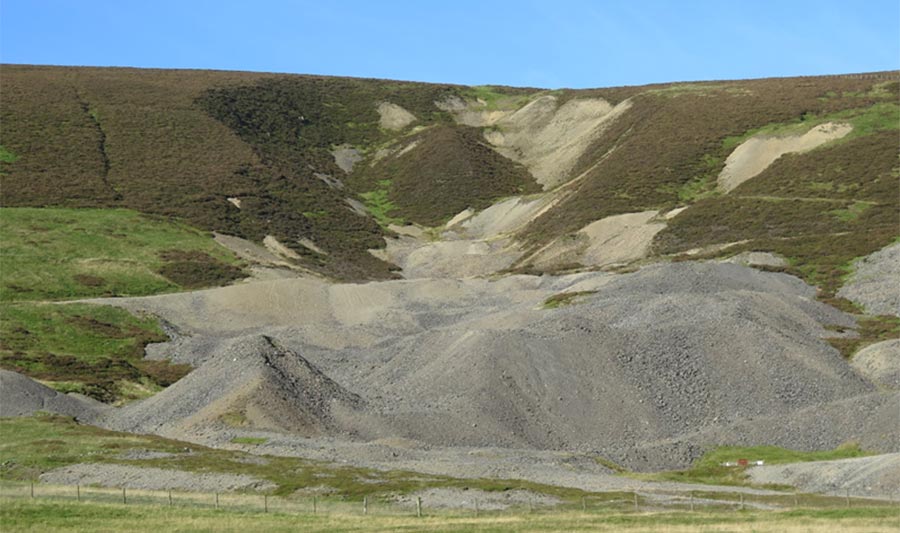 Lady Manner’s Scar where the famous Susanna Vein was worked and where the ‘new minerals’ were found in the late 18th century.
The vein was originally worked opencast.